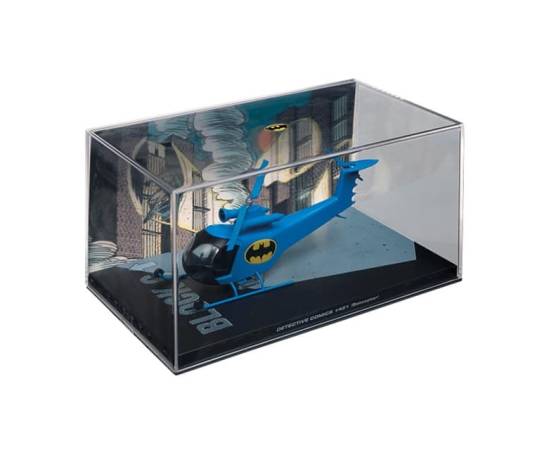 AS POLITICAL AND economic instability led to an increasingly turbulent world, Batman expanded his crime-fighting arsenal to cover every foreseeable scenario. While created primarily to breach the walls of criminal strongholds, the Batcopter that featured in Detective Comics #421 (March 1972) was also designed for crowd control. It would buzz rioting mobs – the Dark Knight using the chopper’s megaphone to deliver the message that mindless violence was never the answer.