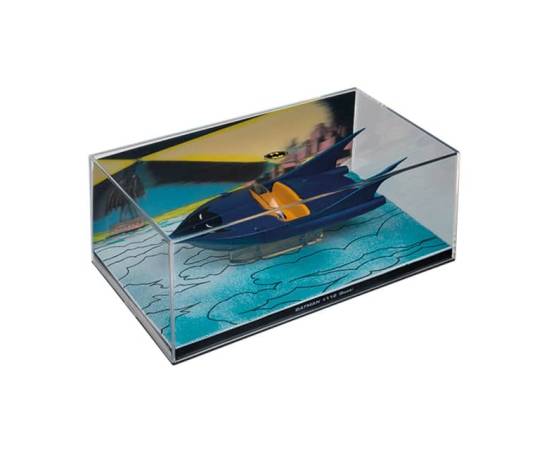 The Batboat cruised the waters surrounding Gotham City like some mighty sea creature. It was a predator that never stopped – a shark-like machine endlessly on the hunt for criminal prey.

The Batboat Batmobile comes in a unique collector’s case, which features a 3D lenticular backdrop as well as a painted base capturing all the Batboats special features including bulletproof windshield and mask-shaped Bat-symbol on the bow of the craft