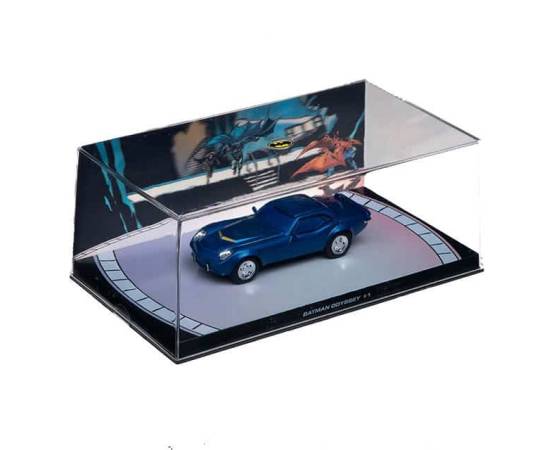 LIKE EVERYTHING ELSE in Batman Odyssey, the Dark Knight’s ride was taken to the max. At first glance, the Batmobile appeared to be an innocuous sports car, something that wouldn’t look out of place on the streets of a modern-day city. In reality, though, it was so much more. It could glide across water, soar into the air and explore the ocean depths. This was a Batmobile that took Batman on breathtaking adventures that rivalled the heroic journeys of ancient myth.