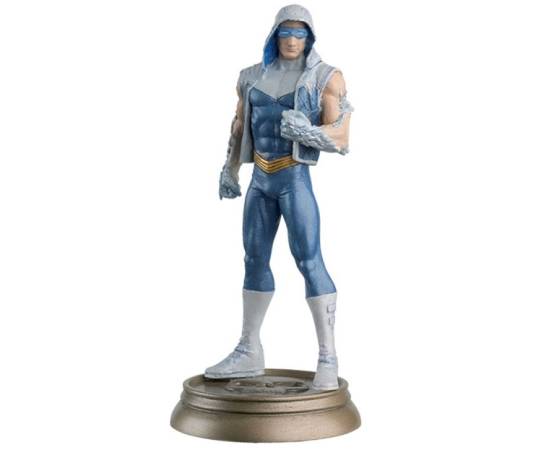 Magazine on demand, free of charge if we have it. Always shipped with original box.
Captain Cold (Leonard Snart) is a fictional supervillain/antihero appearing in American comic books published by DC Comics. Captain Cold is the leader of the Rogues, a loose criminal association, as well as the older brother of Golden Glider. An adversary of the various superheroes known as the Flash, he has served as one of Barry Allen's archenemies, both foe and begrudging ally to Wally West, and one of the killers of Bart Allen. As part of 2011's The New 52 reboot, Captain Cold is a villain that with his team The Rogues lives by a code to never kill and sometimes can be perceived as a hero.[3]