Eaglemoss Game of Thrones 005 White Walker - Beyond The Wall 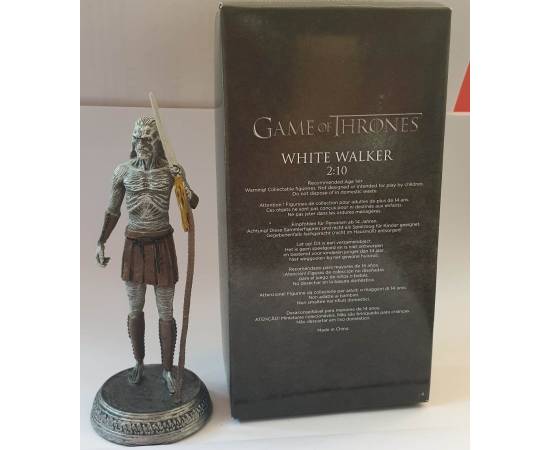 The White Walkers were an ancient race of formerly-human ice creatures who came from the far north of Westeros. After remaining hidden for thousands of years, they returned and were sighted by several sworn brothers of the Night's Watch and countless wildlings. However, most who live south of the Wall believed them to be nothing more than creatures of legend.