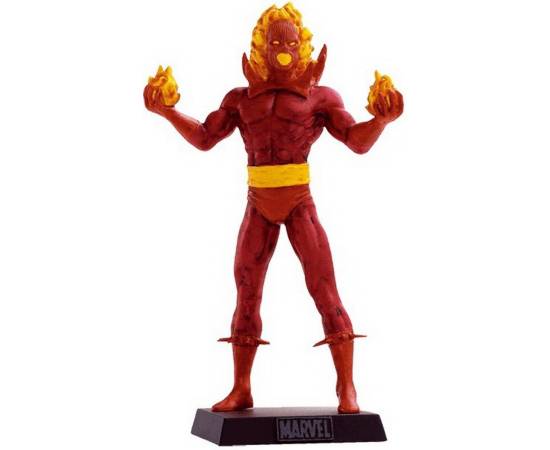 Dormammu (/dɔːrˈmɑːmuː/) is a fictional character appearing in American comic books published by Marvel Comics. The character first appeared in Strange Tales #126 (Nov. 1964), and was created by Stan Lee and Steve Ditko.[1]

Debuting in the Silver Age of Comic Books, Dormammu has appeared in six decades of Marvel publications, featuring prominently in the Doctor Strange titles and limited series as the archenemy[2] of the mystic hero. The character has also appeared in associated Marvel merchandise including films, animated television series, toys, trading cards, and video games.

The character made his film debut in the 2016 Marvel Cinematic Universe film Doctor Strange, performed through motion capture by Benedict Cumberbatch and voiced by a mixture of Cumberbatch and an unidentified British actor.