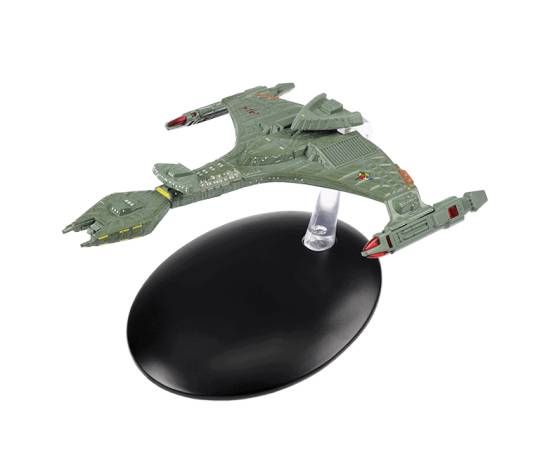 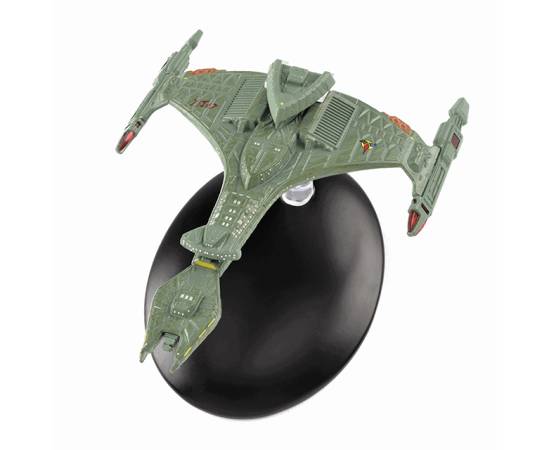 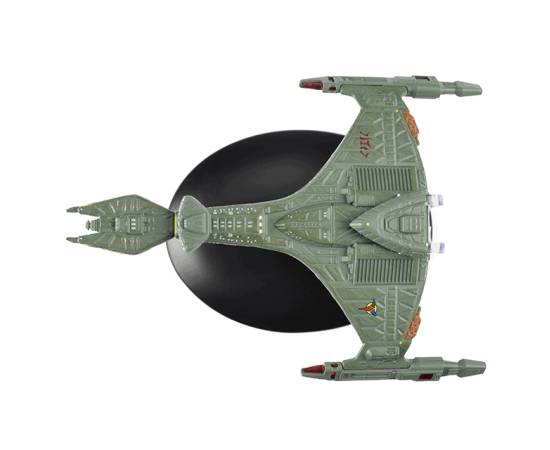 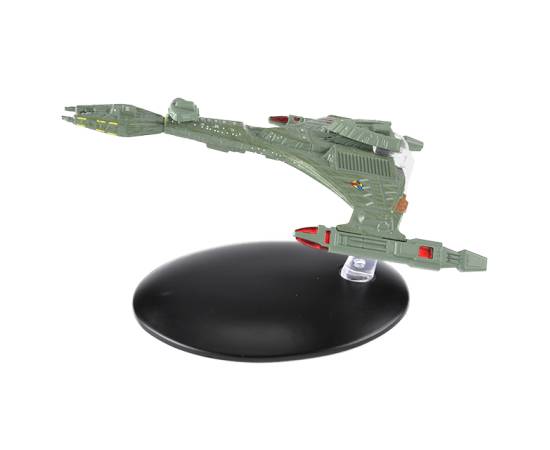 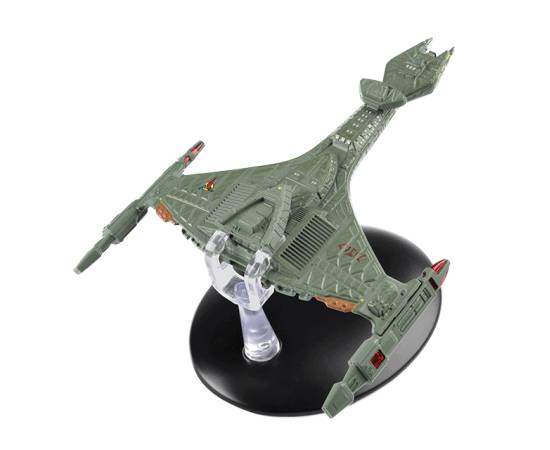 The Vor'cha was the first Klingon ship that was specifically designed for Star Trek: The Next Generation. It made its debut in the fourth-season episode Reunion, when it was introduced as the Klingon Empire's new flagship. The die-cast model is carefully based on the original studio model, and carries the original TNG paint scheme rather than the more colorful version that was used when the ship appeared on Star Trek: Deep Space Nine.