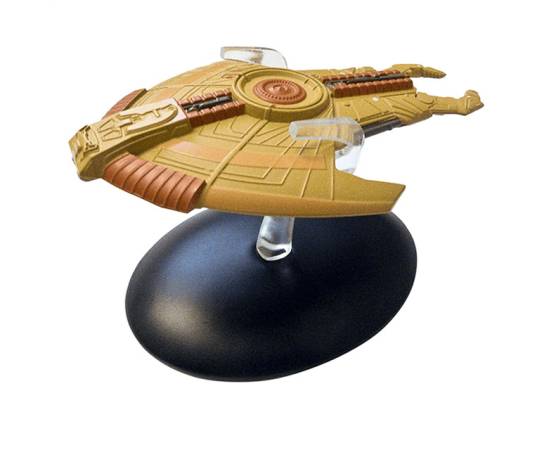 The Cardassian Hideki Class craft was used as an attack ship, a patrol ship, and a shuttlecraft. Smaller than Cardassian patrol cruisers, these ships could typically carry three to five occupants. The ship was considered approximately equivalent to the Starfleet Danube-class runabout, but equipped with heavier armament giving it sufficient striking power to operate in fleet actions.Magazine on demand, free of charge if we have it. Always shipped with original box.