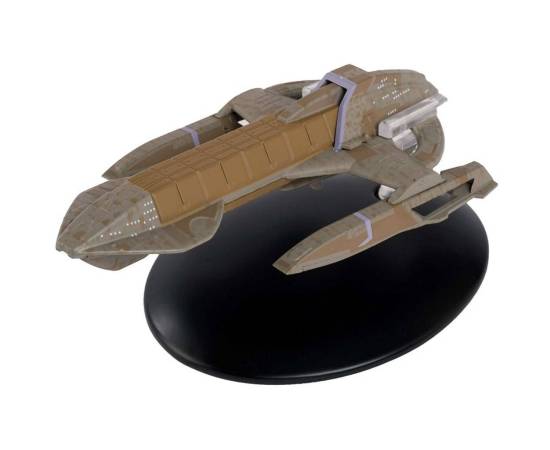 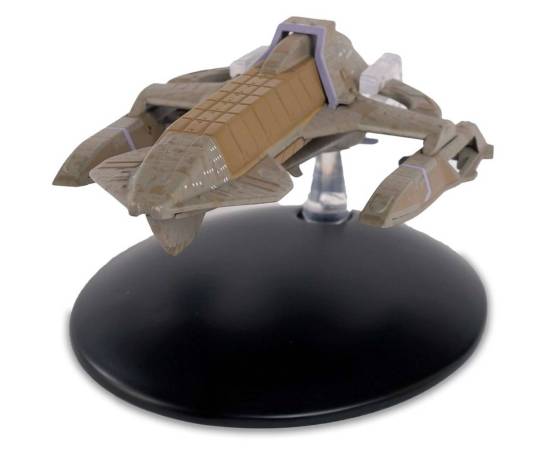 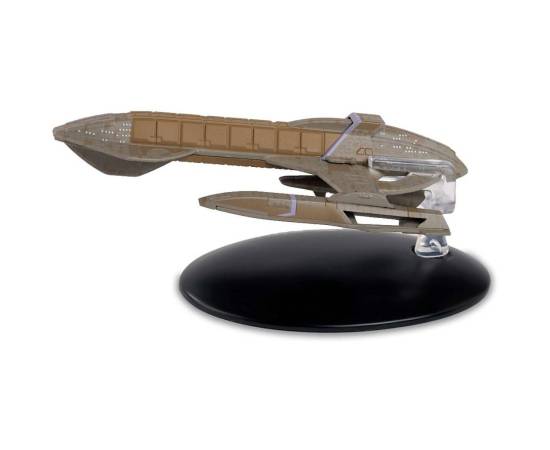 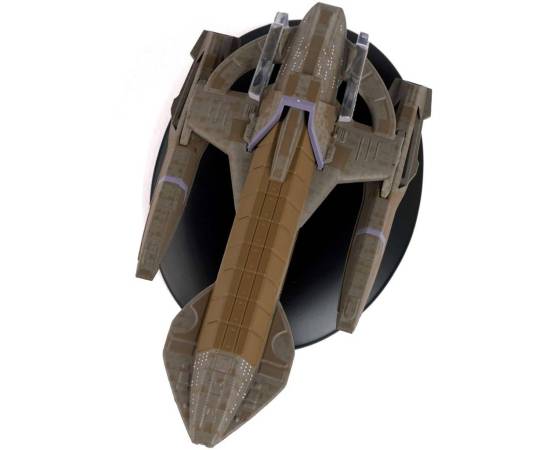 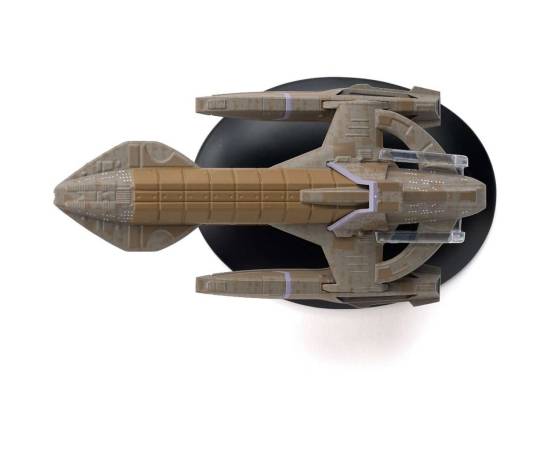 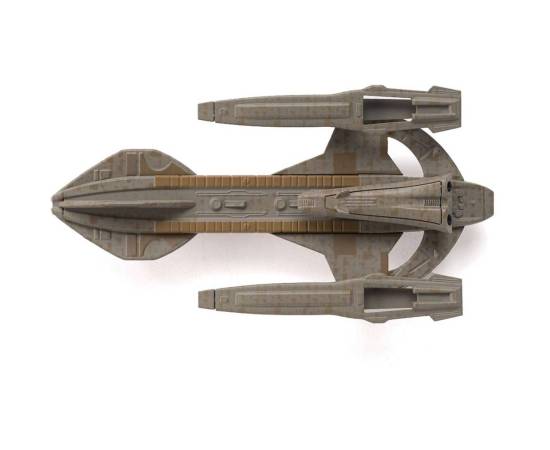 Members of the Dominion, the Karemma were a peaceful humanoid species trading across the Alpha Quadrant using a fleet of cargo vessels. Part 165 of the Star Trek: The Official Starships Collection features one of the Karemma Starships.

The Karemma Starships were used for commercial activities and were poorly armed and unable to defend themselves if attacked. The starship was designed to maximise the cargo space with the mid-section consisting of nine cargo pods that are most likely interchangeable depending on the cargo manifest.

This Karemma Starship was carefully recreated in die-cast with extraordinary attention to detail using the artwork of John Eaves from Star Trek: Deep Space Nine episode "Starship Down". Magazine on demand, free of charge if we have it. Always shipped with original box.